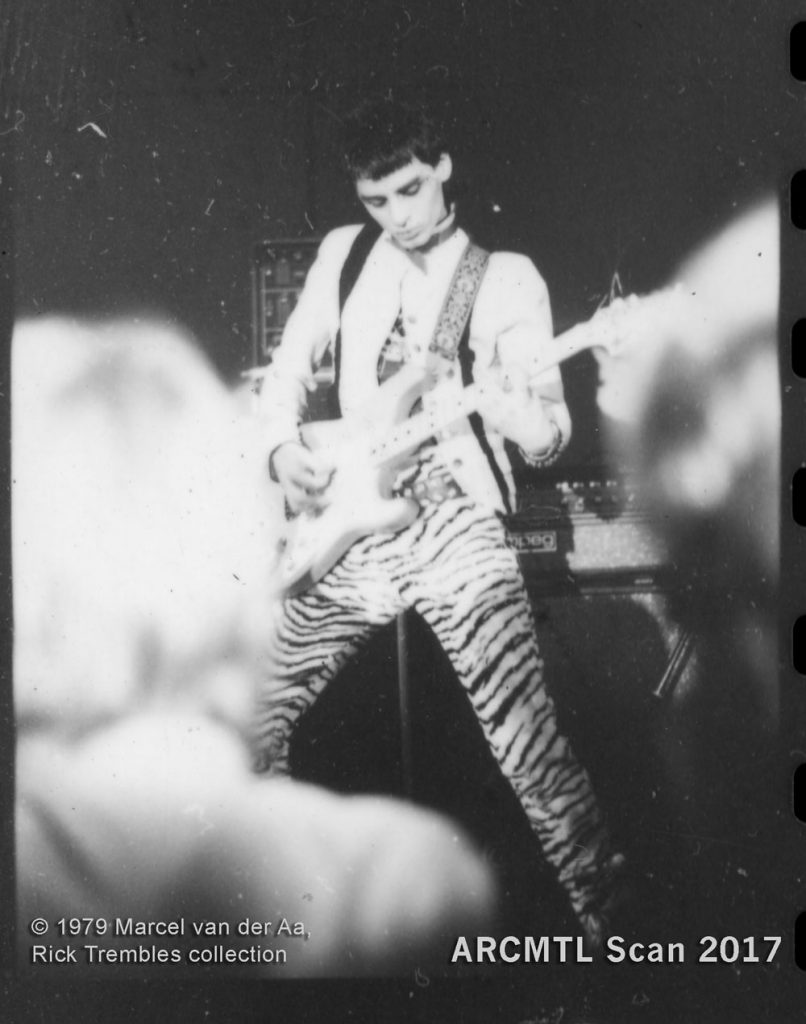 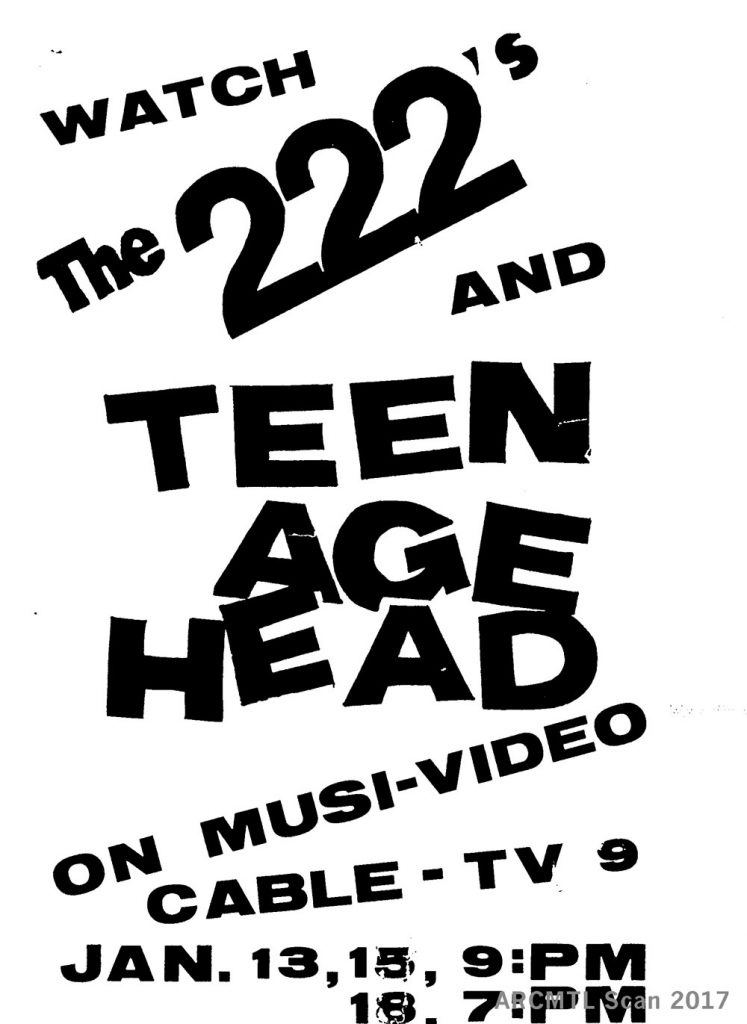 The 222s formed in Montreal in the summer of 1977. And like the Action over in Ottawa and Teenage Head down in Hamilton, they had one foot in punk and the other firmly rooted in the glam rock of the New York Dolls. This is what probably opened the door for the band in a city still awash in disco and prog rock. Singer Chris Barry, who joined the 222s in 1978 while still a high school student, recalls in Perfect Youth (The Birth of Canadian Punk), “The 222s were on TV a fair bit, so I sort of became a minor celebrity in my high school.”

Along with The Normals and The Chromosomes, the 222s helped kick start a scene cantered around places like 364 St. Paul, Station 10 and the Hotel Nelson. By the time the guys (as it turns out minus Barry, who had only just joined the group) walked into the long forgotten Le Petit Studio du Nord in September 1978 to record this single, the first punk record to be released in the province of Quebec, the band were as tight as the skinny leather pants they often wore. Barry: “We wanted the show to run like the Ramones, not a lot of time between songs. We wanted to be as slick as we could be (which) just meant doing our best and being in tune and trying to not drop songs in the middle of them.”

How the effervescent ‘I Love Suzan’ escaped the major labels is anyone’s guess. With nods to doo wop, the Beach Boys and of course their heroes the Ramones, it’s a perfect power pop charmer that should have been the soundtrack to the summer of ’79 rather than an obscure collector seven-inch. What’s more, the tougher sounding ‘The First Studio Bomb’ over on the flip takes the lads more firmly into punk territory, making this a potent little double-sider well worth the digging.

Ah, but the 222s story was only just beginning. With numerous TV appearances in Montreal, and packed shows in Toronto and at Max’s Kansas City in New York, they seemed ready for the big time. But by 1981, the popular band still had not released a follow-up, and well, Montreal being Montreal, they somehow managed to hook up with some of that city’s less savoury types, who had plans of their own for the boys.

Barry explained to Hour Magazine, “These gangsters in Laval decided that they were going to make us into a fucked-up, Quebecois, teeny-bopper act, and they would use their criminal influence to get us on the radio – this was the age of payola, remember – and we would be something that they could make money off of. So when we got to their house to record, of course it was a disaster, and we were fighting them on every single thing because by this time they’d decided they were record producers. And so we did this song, ‘La Poupee qui fait non’, a Les Sultans song, a kind of garagey, bilingual kind of thing. I mean, hey, we wanted a hit too. Anyway, it started getting ridiculous and after a couple of days of fighting they took us upstairs to the kitchen – because we were recording in the head crook’s basement – and they put a gun on the table and said, ‘There’s not going to be any more fighting’ …and there wasn’t”.