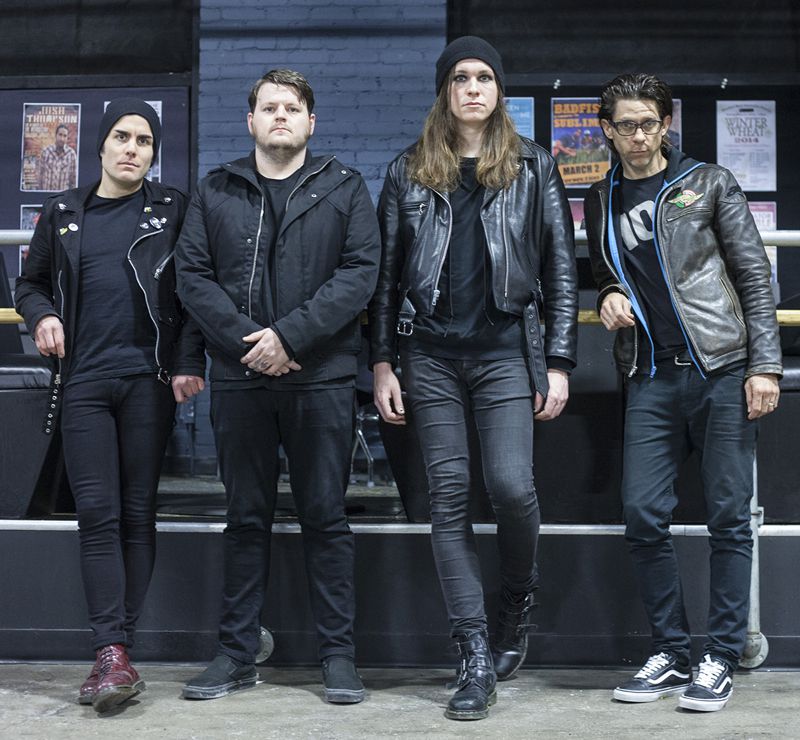 Against Me! was formed in 1997 by singer/guitarist Laura Jane Grace as a solo act, amidst the breakup of her previous band(s). The first Against Me! release was an eponymously titled demo tape in 1997. It was self-released in very limited numbers. With the addition of drummer Kevin Mahon, a second demo, Vivida Vis! (1998), was released in limited numbers by Misanthrope Records. The band started their first tour in March 1999, a month-long tour of the East coast, during which they met Jordan Kleeman in Baltimore, Maryland. The band’s first EP, Against Me!, was released twice through Crasshole Records, (once in 1999 and 2000). James Bowman joined the band in 2000 somewhere around this time. Grace, Bowman, and Mahon supported the EP on a month – and – a – half- long tour of the West coast that year. The band toured in Grace’s 1976 Buick LeSabre, of which the engine blew up at the end of the tour. Their first widely distributed release was the EP Crime as Forgiven by Against Me! (2001), released by Plan-It-X Records and Sabot Productions (run by longtime Against Me! tour manager Jordan Kleeman). On April 23, 2001, while heading south on I-75, returning home from their first tour as a four-piece band, their van was struck by a semi truck. They landed upside-down in a ditch. No one was harmed, but the van and equipment were destroyed, after which Bowman and Mahon left the band. The band broke up for a few months that year. A third EP, a self-titled acoustic recording by Grace and bassist Dustin Fridkin, was released in November 2001.