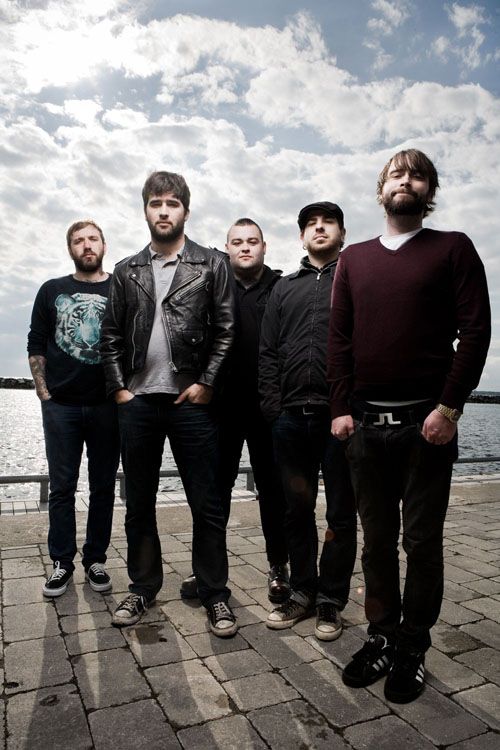 Alexisonfire was formed in late 2001 in the aftermath of a three-band break up. Pettit was playing guitar in a metal band called Condemning Salem, Green was a lead singer and guitar player in Helicon Blue, and MacNeil and Steele played in a punk band called Plan 9. These bands broke up at more or less the same time, and Pettit, Steele, MacNeil and Green all still had the drive to play and succeed. They recruited drummer Jesse Ingelevics, and formed Alexisonfire. The band’s name was derived from Alexis Fire, the world’s only lactating contortionist stripper. This caused problems when she discovered that they were using her website name as their band name, and she threatened to sue the band for copyright infringement. However, it was discovered that the moniker was not registered, and no further action took place. The band released its first EP, Math Sheet Demos in 2002, so named because the CD was wrapped in former drummer Jesse Ingelevics’ math homework. The group caught its first break when they caught the attention of recording engineer Greg Below and Montreal journalist Mitch Joel. The pair were setting up a record label called Distort Entertainment at the time, and coincidentally they were looking for artists. Below was working with EMI at the same time and he used this to record the band at the company’s in-house studio and land them a co-publishing and distribution deal.