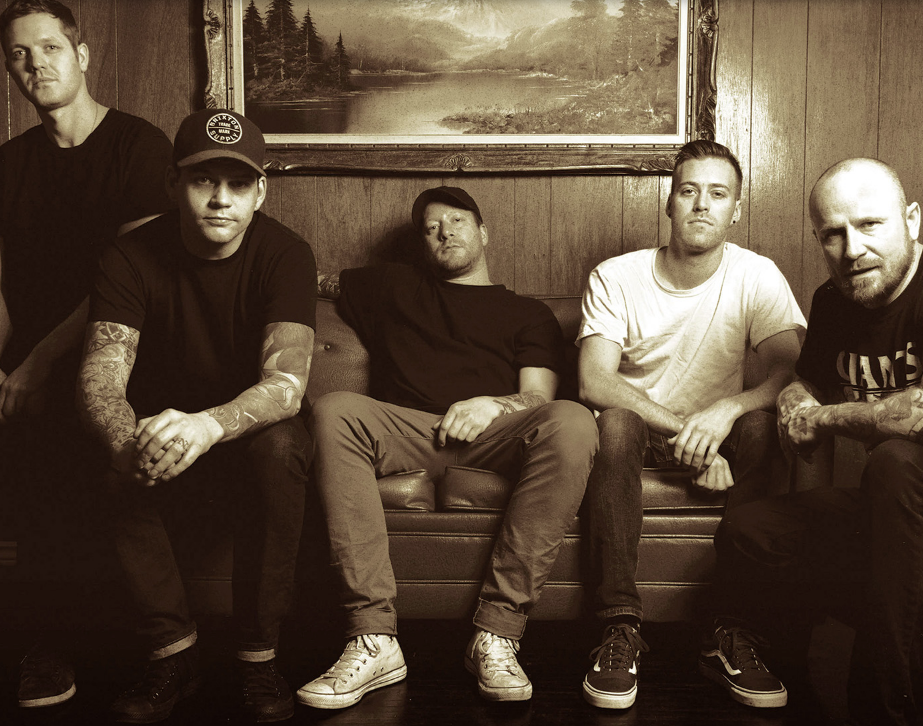 Upon releasing Turn It Around on Facedown Records in 2003, Comeback Kid began touring full-time, covering most of North America as well as Europe. They also appeared on many high-profile hardcore punk festivals like Hellfest and Posi Numbers festival. Following the touring for Turn it Around, Comeback Kid entered the Blasting Room in Fort Collins, Colorado to begin recording their second album.

In February 2005 Comeback Kid released “Wake the Dead,” their first for Victory Records. After some long tours, vocalist Scott Wade left the band. Neufeld became the band’s vocalist, and they began recording their third album “Broadcasting”. The release of Broadcasting was followed by more steady touring, culminating with a summer long tour supporting Rise Against in North America, and their first appearance on the “Never Say Die” tour in Europe with Parkway Drive. By the end of 2007 the band was to take a short hiatus. At this time bass player Kevin Call left the band on good terms, issuing a statement regarding leaving Comeback Kid.

Call was replaced by Matt Keil who had played in Minneapolis area bands with Hjelmberg. Two more years of touring followed, with the band visiting South East Asia and Latin America for the first times.

In 2008 a CD/DVD was released called “Through The Noise” which is a line from the song “Industry Standards” off of “Broadcasting…” . The DVD is a documentary of the first 6 years of Comeback Kid. The CD is a live recording of a show in Leipzig, Germany filmed in fall 2007. A release tour in Canada followed, named the “Through the Noise Tour.” It featured Bane, Misery Signals, Shai Hulud, Grave Maker, and Outbreak. While on this tour Gravemaker suffered a van accident with Neufeld in the vehicle, which inspired the song “G.M. Vincent and I” off 2010’s “Symptoms and Cures.”

After two years of international touring, the band spent much of 2010 writing and recording their fourth studio album, “Symptoms and Cures” which was released in Canada by Distort Entertainment and internationally by Victory Records. Two more installments of the “Through the Noise” tour followed in North America and Europe.

On September 21, 2013, Comeback Kid stated on their Facebook page that they had started recording a new full-length album. Die Knowing, the band’s fifth studio album, was released on March 4, 2014, through Victory Records.

On May 13, 2014, drummer and founding member Kyle Profeta announced his departure from the band, to focus on his culinary skills in South Africa.