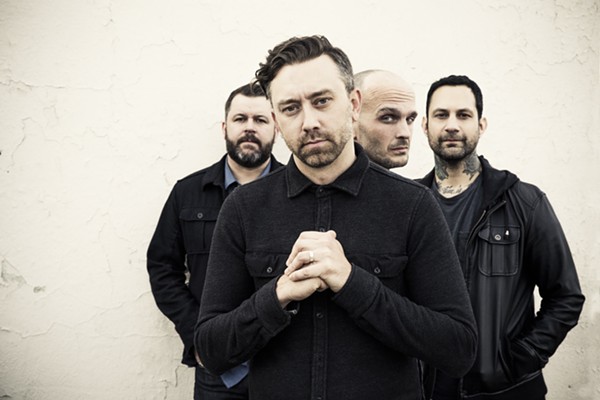 The band spent its first four years signed to the independent record label Fat Wreck Chords, on which they released two studio albums, The Unraveling (2001) and Revolutions per Minute (2003). Both the albums met with considerable underground success, and in 2003 the band signed with the major label Geffen. Their major label debut Siren Song of the Counter Culture (2004) brought the band mainstream success, producing several successful singles. Their next two albums, The Sufferer & the Witness (2006) and Appeal to Reason (2008), were also successful and peaked at number ten and number three on the Billboard 200 chart, respectively. Appeal to Reason was followed three years later by Endgame (2011). All four albums released via Geffen were certified platinum in Canada, while three of these albums were certified gold in the United States.

Rise Against is also known for their advocacy of progressivism, supporting organizations such as Amnesty International and the It Gets Better Project. The band actively promotes animal rights and most of the members are straight edge (excluding Barnes), PETA supporters and vegetarians.