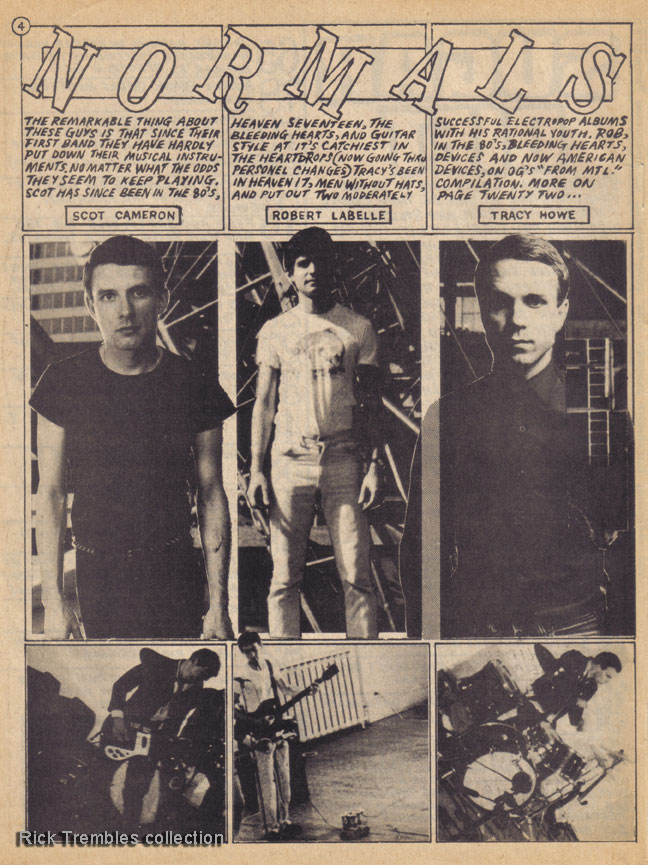 The Normals are one of Montreal’s original punk rock bands, founded in 1977. Inspired by such groups as The Clash, The Buzzcocks and The Jam, Rob Labelle (guitar & vocals), Scott Cameron (bass & vocals) and Tracy Howe (drums & vocals) came together out of frustration with the sterile musical environment of Montreal in the mid-70s. They quickly became mainstays of the city’s underground punk scene centred around the legendary 364 Club and the Hotel Nelson. They were the subject of the acclaimed 1978 documentary film “The Normals”, directed by Jean-Pierre Laurendeau. Although they had an extensive repertoire of original material, the Normals never released a record and as the Montreal scene changed and diversified, the members of the band moved on to other projects – Rob Labelle becoming a key member of The American Devices and drummer Tracy Howe achieving a certain level of fame as the lead vocalist of the electronic pop group Rational Youth. As a result of the 2011 Documentary Channel film “Mtl Punk: The First Wave” in which they were featured, The Normals reunited and recorded their entire 1978 repertoire and released the album “Now Music Now” in September 2012. The Normals are now permanently reunited and playing shows in Montreal and further afield.