“Bad Religion in Montreal at the Metropolis, November 23, 1994. This was for their Stranger Than Fiction tour. That was a great album. I always wondered why they re-did the song 21st Century Digital Boy, which was released a few albums earlier on Against The Grain. The venue was packed and I remember getting a sweet long sleeve. The Supersuckers opened and I was a big fan, really into their album La Mano Cornuda.” – Andy Mak 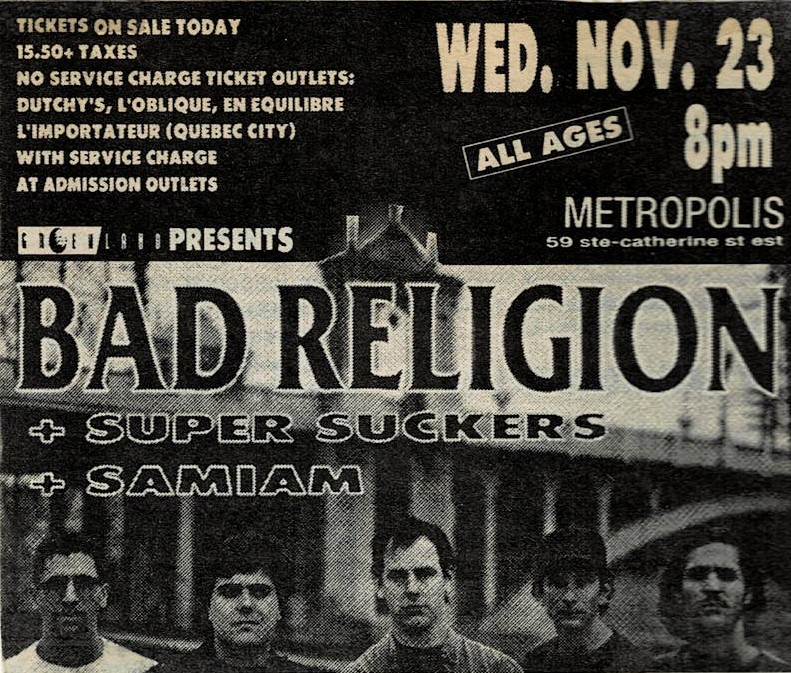