Henry Rollins was just finishing his first stint as a vocalist for the short-lived S.O.A. as his hardcore fandom for Black Flag brewed. A couple of weeks later, he became their new frontman. A couple of weeks after that, he helped them record the what-would-become punk classic, Damaged. Their performance at Frontenac Hall drew several songs from the album including Six Pack, TV Party, and Police Story. 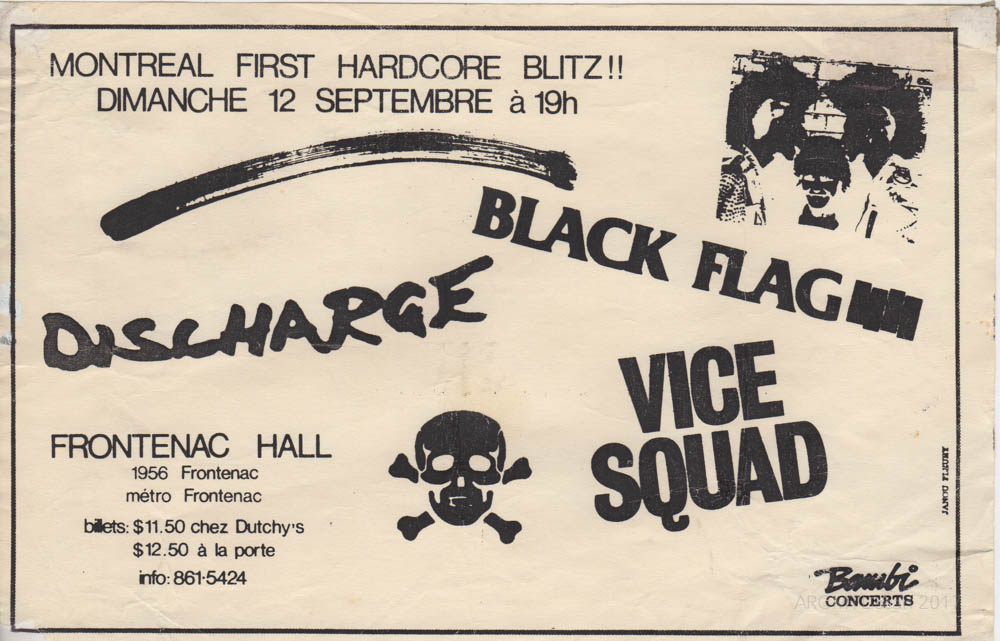