Plateau Hall was known to showcase an eclectic mix of talent in the centre of Parc Lafontaine. Hosting acts from Marian Anderson to Iggy Pop, Igor Stravinsky to Blondie, this hall has entertained all sorts of crowds. It was even the home of Montréal Symphony Orchestra between 1935-1963, holding close to 1500 of their concerts in that time. 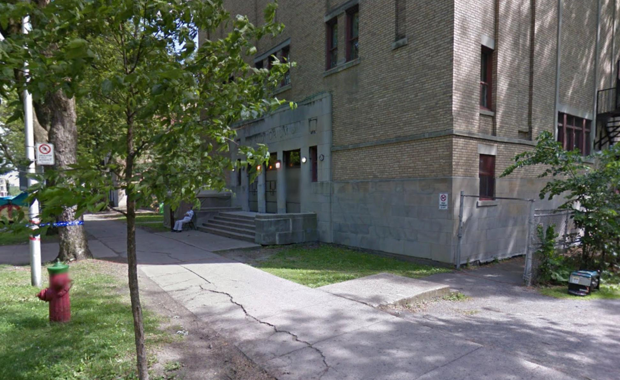 Plateau Hall/Auditorium le Plateau. Montreal concert auditorium built in the early 1930s by the Catholic School Commission.of Montreal. Adjoining the school of the same name, it is situated on Calixa-Lavallée St, in the centre of Lafontaine Park. It seats 1307 – 807 on the main floor, 500 in the balcony.

The CSM (MSO) gave about 1500 concerts there between 1935 and 1963, when the orchestra moved to the PDA. The Montreal Women’s Symphony Orchestra and the Montreal Youth Symphony Orchestra also played there. Among renowned performers who appeared at Plateau Hall were Marian Anderson, Kirsten Flagstad, Walter Gieseking, Vladimir Horowitz, Raoul Jobin, Wilhelm Kempff (Beethoven’s 32 Sonatas in 1961), Mstislav Rostropovich, Erna Sack (12 recitals in one season), and Solomon. Igor Stravinsky and the violinist Samuel Dushkin gave a joint recital there in 1937.

After 1963 the hall came to be used for the presentation of variety shows, pop or folk-music concerts. The auditorium was renamed Salle Jean-Deslauriers in 1975.

Rock shows continued to take place there until the late 80’s, and is still used occasionally to host concerts in conjunction with the school.